Catface Meowmers are an anonymous project from the UK. I shared their previous track “Death To The Tory Party Forever” wich was released in July 2019. Now they have a new work called “Good Christ, I Hope Not” thats freshly released. I have no idea who these people are, I can’t find nothing about themand I don’t think they want to be found so I think we may have some Lizard People on or hands here.

Now I want to say sorry to all the hazy, mellow psychedelic rock fans on Fuzzy Sun because I shared mostly noiserock and very heavy stuff lately, I will try to think of you guys to and share now and then some psychpop stuff. But this, this is even a bit loud fo Fuzzy Sun but it is soooooo gooooood. put some noiserock, grindcore and metal in a blender and then you get Catface Meowmers. 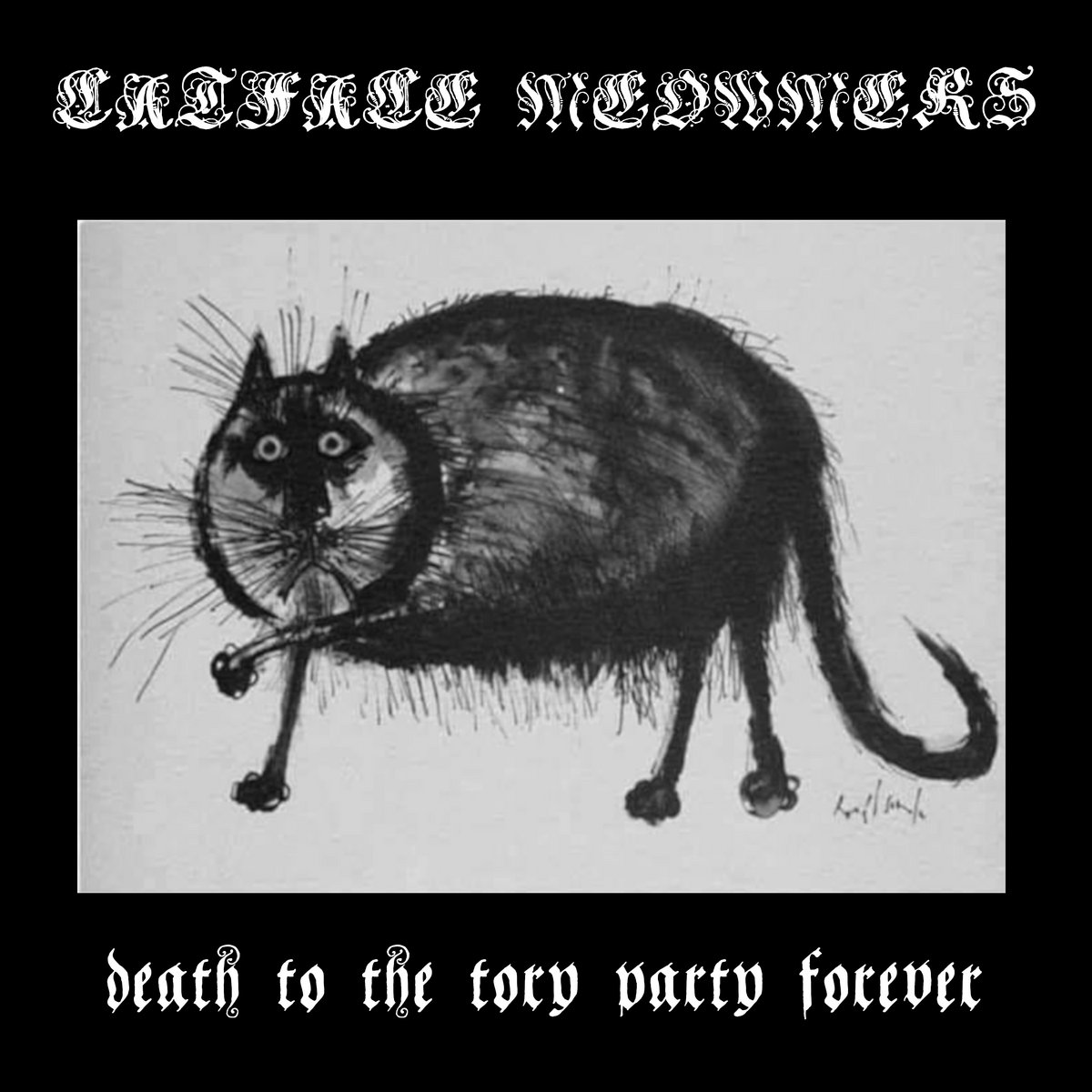