The Myrrors make highly hypnotic music, you can feel the desert vibes flowing throughout their music, all the exotic instruments and the drone make it even more trippy. The slow rythm of their music, the sparse vocals give it an almost ominous vibe. These are some lost singles and just like all their other music it is really great stuff. If you like this then be sure to check out the side project of Grant Beyschau of The Myrrors called Tambourinen.

The Mirrors release a new album on Cardinal Fuzz called ‘The Lost 3rd album’ wich is something between acid folk and psychedelic rock. It is a quite fun album to listen to, it is trippy and catchy. A lot of variation in the tracks some go all bluesy and garage others are just amazing psych. Tune in now.

The Band Whose Name Is A Symbol has been featured a lot on Fuzzy Sun with their epic, laid back psych sound. Their music varies from epic psych to drone wich is alway trancelike. Now their is an 11 minute track up for a listen called ‘Mt. Olympus’ wich comes from the forthcoming LP ‘Berserkir II’ I think and a split vinyl with Anunnaki, both on Cardinal Fuzz. Check them out and buy the vinyl on the bandcamp.

It is always a joy for me to check out the latest releases on the Cardinal Fuzz label, it is mostly filled with heavy psych, kosmische music and trippy stuff. I mostly share most of these albums hear because they are always worth checking out. One of these bands is the duo Elkhorn, they produce trippy acoustic guitar music that soothes the soul and they have a new session out called ‘Acoustic Storm’. The next release is Herbcraft with the album ‘Thrash Heap’ wich is lofi psychedelic rock and it is really nice, the longer you listen to it to more it grabs you. This next release is with together with Centripetal Force (North America) for the upcoming release of Mugstar’s GRAFT, the follow up album to their much-lauded live collaboration with Can’s Damo Suzuki released earlier this year. The track ‘Zeta Potential’ is up for a listen. The latest release is from Alien Mustangs wich I am a pretty big fan of, their upcoming album ‘Beat of The Earth will be out October 30 and the first track is really trippy and is called ‘Sound of No Future’.

The label Cardinal Fuzz specializes in psychedelic rock, fuzzed out muzic and the likes and has released some really awesome stuff over the years on their label. I think I did not had the time yet to share their latest stuff so here goes:

‘Live P​.​S​.​F (Psychedelic San Francisco)’ is an epic psychrecord record that was released by Narita (founder of High Rise). I shared this and his other bands and many more on The Cosmic Side of Japan, a big list of all the amazing psych, noise and weirdness from Japan.

‘Helios Rising’ is the sophomore album of psychrockers Moths & Locusts. 17 tracks of epic psych all together for you to enjoy.

The first track of flautist/painter Sara Gossett and treated guitar/machines manipulator Plastic Crimewave (of Plastic Crimewave Syndicate/Galactic Zoo Dossier magazine) from the upcoming album wich will be released in June.

Naujawanan Baidar ended really high on my end of the year list. His combination of eastern music and psych hit me right in the feels. This are his two records combined. Absolutely delicious stuff.

This is a gorgeous work of improvised instrumental psych with violin that gives the music that extra hypnotic atmosphere. The UK band released their album “The Great Mountain” on Cardinal Fuzz and Feeding Tube Records. Recorded diret to 1/4” tape at Hallé St Michaels, Manchester.

The Manchester band Dead Sea Apes have released some real cool music in the past and now they are back with three improvised tracks. This time the 4 are accompanied by  Nik Rayne (The Myrrors) for the recording of “Night Lands”. These three long tracks are full of hypnotic atmopshere. From slow and brooding cosmic psych to full on heavy psych I dare say this is Dead Sea Apes best work.

In Massachusetts their is a freerock collective called Sunburned Hand of the Man wich makes music ranging from easy listening psychfolk to hyper space rock. Their new album is called “Headless” and is out on Cardinal Fuzz. Perfect music to trip on, tune in now and let your mind wander.

A double LP from The UK psych rockers Snakes Don’t Belong in Alaska and Suzuki Junzo (Miminokoto, 20 Guilders, Overhang Party). Together they will release 4 sides of desert psychedelic drone.

The Ascended Master Teachings Of Suzuki Junzo & Snakes Don’t Belong In Alaska (2xLP) is out September 6 on Cardinal Fuzz.

Order your copy and tune in for the first 20 minutes of trippy psych called ‘Outer Heaven’s Gate part 1: Higher Source’.

Dead Sea Apes are an experimental band from Manchester, the band has released a lot of music in the past and each one was something special, something a lot more different then the previous one.

On Cardinal Fuzz (UK) and Feeding Tube Records (USA) comes the new album ‘The Free Territory’, it will be available May 10.

On the album we hear drone take the lead in a dark an ominous vibe. Check out this dark masterpiece now.

Out on Cardinal Fuzz is the limited pvinyl pressing by Wasted Cathedral wich is the solo project by Christopher Laramee (Shooting Guns, The Switching Yard, and The Radiation Flowers).

‘Atmospheric Hangover’ is a compilation of tracks from the last couple of years. The album is filled with hypnotic tunes, soundscapes and experimental sounds. Tune in for some trippy stuff.

The Myrros are band with a very comsic sound, it does not matter wich records from The Myrrors you play, each time you play one you get that comsic desert vibe.

Now they will release an LP on Cardinal Fuzz with two tracks on them spanning 30 minutes of trippy music. The songs were recorded in the winter months of 2014.

Listen to some of that music now.

May 12, 2019 Fuzzy Sun
The psychedelic duo Los Mundos from Monterrey, Nuevo León release their new LP ‘Calor Central’ April 26 on Cardinal Fuzz.
The LPs are already sold out but give the Mexican psychedelic rockers a listen now.
https://www.facebook.com/LosMundos/

Swedish rockers The Janitors release ’15 Years of Fuzz and Folköl’ on Cardinal Fuzz. The album will be released April 15.

If you don’t know The Janitors then this is the perfect moment to tune in. Over 15 years the band has known a lot of different member and so a lot of different styles can be heard in their music too. Having released 3 full length albums, 5 e.ps and a bunch of singles the band gathered a collection of songs that define the band through the years.

Enter the world of The Janitors.

Now we will get a reissue but this time on vinyl and with two extra tracks! The vinyl will be out through eiderdown in the US and Cardinal Fuzz in the UK/EU.

“MindStreamBlessing” will be out March  11.

While here, check out his work after “MindStreamBlessing”. In 2018 Prana Crafter released “Bodhi Cheetah’s Choice” and the impressive “Enter the Stream”.

Order your copies and enjoy the sounds from the Washington wilderness. 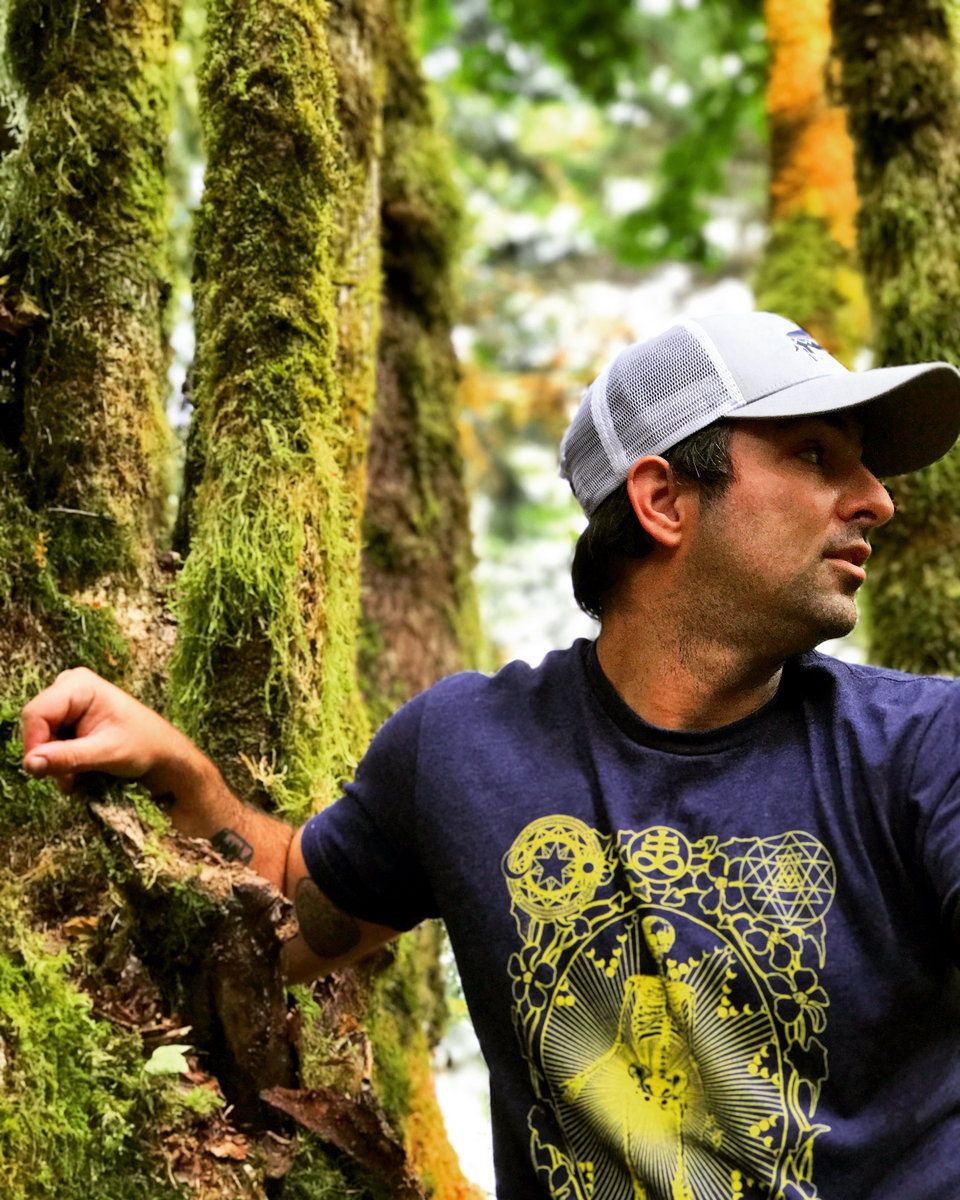 There is an immense load of Psychedelic pop/folk bands that deserve to be heard. Fuzzy Sun mostly covers the heavier psych and noise rock and with this post and posts like this in the future I want to cover some of these artists too.

So this is the first batch of artists that fit this description in my honest opinion.

A christmas single by the Manchester psychpop band Whyte Horses.

Karl Hund is an 18 year old Swedish guy who fits the description of psychedelic pop. hazy catchy tunes that are worth your time.

The psychpop solo work by Nicholas Lane. his latest EP “Sunset Departure” came out in December.

Herself is Gioele Valenti known from llay Lamas and Juju. check out the music on his latest band Herself.

The UK psychedelic rockers Snakes Don’t Belong In Alaska have put out some great music. They are wizards in creating a hazy psychedelic athmospere  and so i am very happy to share with you their new double LP out on Cardinal Fuzz

The LP comes out January 11.

Listen to the cosmic drones by this great band.

The 3rd LP by Mt. Mountain will be called “Golden Rise”. The Australian band formed in  2012 and has made some quality psych.

And now they return with “Golden Rise” and we can check out two tracks from the album. With their unique sound they create a carefully crafted athmosphere.  Out on Cardinal Fuzz and Little Cloud Records.

The album “Prinicpium” will be available November 2.

There is a cosmic vibe in this album, a vibe that knocks you of your seat and makes you go boketto.