Every year I come across some labels I did not know before and who open up a new world for me. This year it was Cruel Nature Records, a casette label from Newcastle Upon Tyne that is run by Steve Strode who specializes in experimental stuff, harshnoise, punk as well as heavy noise rock and other goodies.

Before Cruel Nature Records Steve Strode ran a vinyl label but due to the expenses he could not release whatever he wanted. So came Cruel Nature in 2013 wich is only cassettes and gives Steve more creative freedom. And that is what you get, there is some really crazy and cool stuff on there that needs to be heard. Some releases are brutal some are more easy to listen to.

There are a lot of bands on it so I will choose only a couple. All the rest you can check out yourself you bunch of lazy bums.

But be aware, the label starts out with brutal harsh noise and as it gets older there are more and more genres introduced. So have a little patience for once and don’t go directly to the end.

I am going to pick this one because i really loved the book Roadside Picnic by  Arkady and Boris Strugatsky. The music is something else though. This sounds like my broken washing machine. This seems to be one of the first releases on the label in 2013. is it experimental, well I guess so.

now I am going to jump to 2014, just skipping a crapload of noise cassettes and just pick this one, first of all because of the cover art that looks like a cute bear that is mad and maybe one of the first releases that isnt extreme noise. The Ep is called “#edgeofthebed” and is a drone/ambient record that was released June 30, 2014.

頭足類 (Tōsokurui no), is the debut album from人柱二 (Hitobashira ni). I chose this because I have a list called “The Cosmic Side of Japan” filled with stuff like this, and I never heard of this band. It seems to be a Japanoise, drone/kraut band formed English horror film critic & writer James Patrick Blackden Marriott. This is very awesome and has as a bonus very great artwork.

Waheele is a acid postmetal thing band and released an album in 2014 but also in 2019 on Cruel Nature Records and it is pretty good stuff.

Another band with a new release in 2019. A very cool band that fuses spaghetti punk with surf noise.

This is an Argentinian noiserock band heavily influenced by Sonic Youth with a punk vibe. It seems to be the second album from the duo and is an entertaining piece of work.

Sly and the Family Drone

this is one of those magnificent bands, their 2019 release “Gentle Persuaders” ended really high up on my best of 2019 list. So it is great to sea a release of them here too.

“Throwing Chunks” by Dirt is one dough of mixed genres put in the oven on 180 degrees and you get one hell of a fuzzy cake.

There it is, Lovely Wife, one of my favourite bands on Cruel Nature records. There are two releases on the label by this incredibly good band. Head on psychedelic doomnoise rock of the highist order.

Thank is extremely good. This album is pure fun, a really good mix of punk and heaviness. Thank enden with their new album really high on my end of the year list too. gooddomn glorious stuff.

This band has been posted on Fuzzy Sun a lot. their hypnotic psych never dissapoints.

The noise on Bodies of Everest is always welkcome in my life. It doesn’t make me happy though.

This was one of the better rock releases of 2018. Was welcomed really good by all kinds of press too.

The perfect marriage between postpunk and noiserock is made by Modern Technology and you can get the cassette here.

another great release this year was the new one from Tankengine. Raw punk and noise.

pure and epic psychedelic drone. this is a match made in Heaven.

This is a short overview of my favourite released on Cruel nature Records. I can only recommend you to listen to more of their stuff, dig deeper and buy some of the stuff on there. 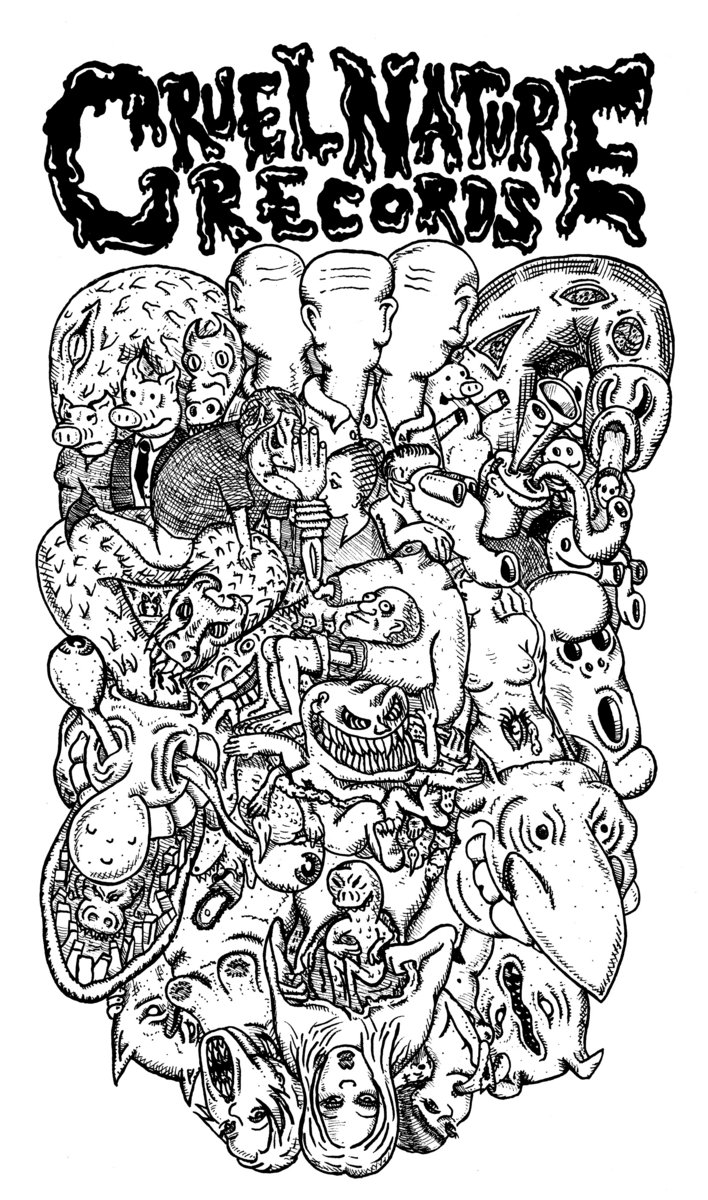