The first singel by Belgian band The K. has arrived. The track is called “The Future is Bright” and is an excellent mix of heavy energetic riffs and catchy melodies. It has been quiet for a while around The K. so it is great news they will release their new album “Amputate Corporate Art” on April third through Jaune Orange. Tune in and check out the accompanied videoclip from “The Future is Bright”.

There are loads of reasons that Rainbow Grave released one of the top albums of this year. The band features Nicholas Bullen (founder member of Napalm Death and Scorn) and John Pickering (founder member of Doom and Sore Throat) and makes just about the most dirtiest music I have heard in a long time. Tormented vocals, greasy riffs and guitar noise make this band absolutely worth every second of your time.

Their music has a very sludgy andangry punk vibe, so much heavy music has been made but this feels very original. Bits of noise rock, sludge, punk and psych all blended into one record that is called ‘No You’. I made spaghetti while i listened to this album end it ended looking like beef stew for dogs, this music is so angry it ruined my food.

The album is released through God Unknown Record and will look gorgeous in your collection.  Out July 19!

“The Beast You Are” is the name of the new album by the heavy rock band Big Business. Their previous album “Command Your Weather” dates back from 2016. Since that album the band is a duo consisting of  Jared Warren (KARP) and Coady Willis.

“Let Them Grind” is a powerful album with quality songwriting. 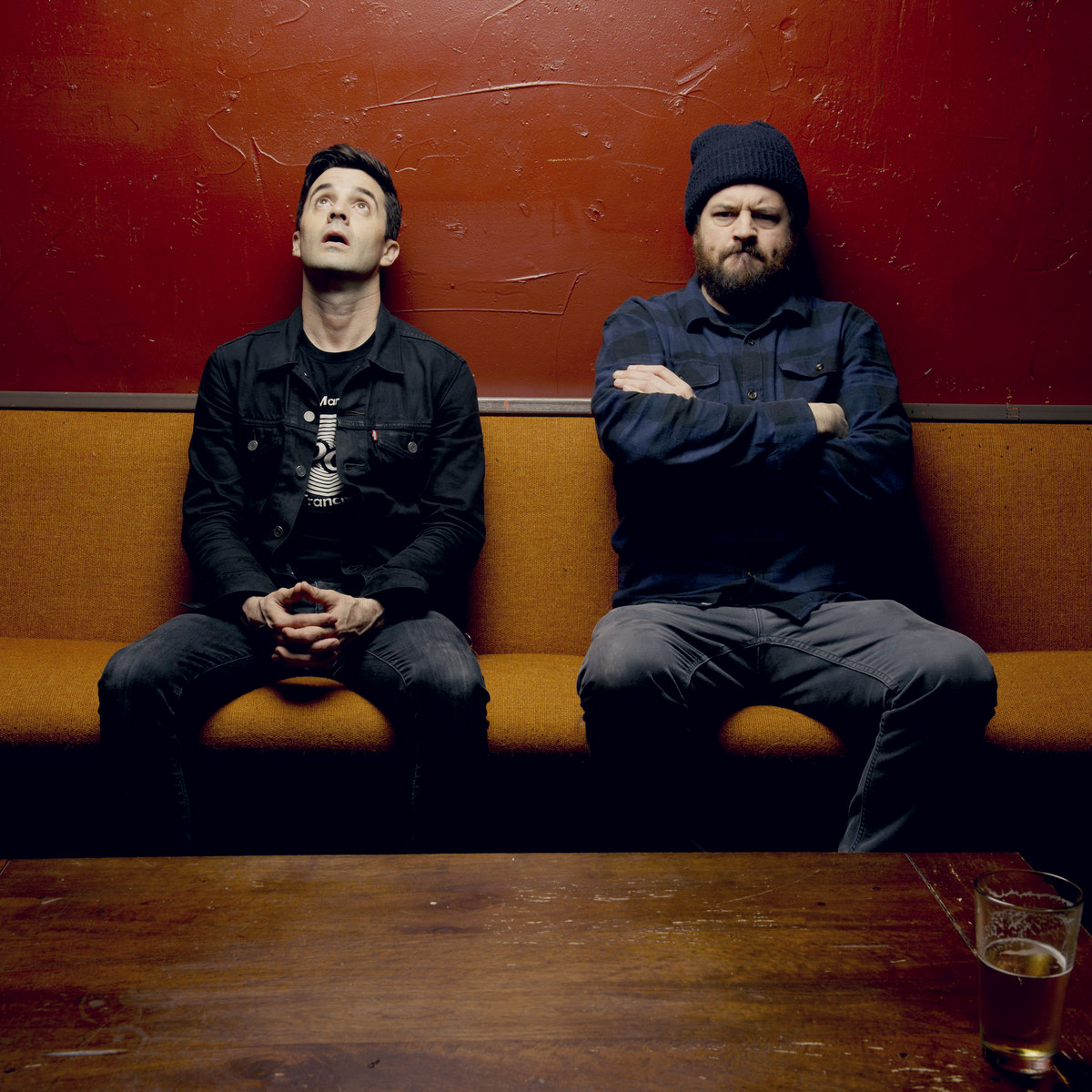 I am indeed a big fan of USA/MEXICO and i have waited long to find the heaviest wall of sound and i may have found it. The supergroup with guitarist Craig Clouse (Shit & Shine) drummer King Coffey (Butthole Surfers) and Nate Cross (Marriage, When Dinosaurs Ruled The Earth) released their debut ‘Laredo’ June 2 in 2017.

Now the band released their second track from the upcoming album ‘Matamoros’. The first track has the same title as the album and is this wall of distortion and slow riffs, so i kinda expected the second track to go in the same line but hell no, this is even heavier. ‘VaporWave Headeache’ is an industrial punk track with the unique distorted sound by USA/MEXICO. Ridiculously heavy and immensly cool. Punish your mind and soul and play it on 11.

‘Matamoros’ will be released on Riot Season Records March  22.

I recently posted a new psychpop post wich is filled with soft breezy psychedelic pop tunes, so to counter all those jolly sounds i will now post a Heavy Update!

To start this is, let us check out the metal/punk band Devil Master. Their upcoming album “Satan Spits on Children of Light” will be released on March 1. We can check out the catchy two released tracks.

On February 9th the hardcore/sludge band Pisswand will release their new album ‘Apex Predator’. Check out some tracks by the Seattle noise now.

The Belgian band ASBAK released a couple of ridiculously loud tracks. Put on loud and destroy your ears!

The Belgian Funeral Doom duo have completely redone their album Mythologiae which was previously released in 2015.

2 new tracks by a new band called Pulchra Morte with (ex)members of  Eulogy, Wolvhammer, Withered, Exmortis, Harkonin, and other bands

A very agressive new noiserock track by the band Tunic from their upcoming album “Complexion” out February 8.

a teaser by Skryptor from their Luminous Volumes album on Skin Graft Records.

And to end, another teaser, this time by the drone masters Sunn O)))from their upcoming album ‘Life Metal’ recorded with Steve Albini.

Another incredible split between two ridiculously heavy bands. Check them out and buy the limited vinyl on the great God Unknown Records.

“The Beast You Are” is the name of the new album by the heavy rock band Big Business. Their previous album “Command Your Weather” dates back from 2016. Since that album the band is a duo consisting of  Jared Warren and Coady Willis.

“Let Them Grind” is the first released track and the last one on the album wich will be out April 12.

Check the track out the track here and play loud.

A post filled with another batch of heaviness. A series of bands i didn’t find time to check out properly but still deserve to be shared. Here is some more sonic terror.

Dirty sludge from Bruges, Belgium. The new self titled album will be out February 16. Check out the three released tracks here.

A band with ex members of morbid angel and mayhem. and it sounds exactly what you would think. Awesome

The metal band was create by Sal Abruscatu (former drummer of Type O Negative). In 2019 they will release their new album “When The World Becomes Undone”. Check out the first track “Vultures”.

Doom and drone on the latest album by Italian band The Wisdoom.

The Belgian metalband Khuar Nhial signed to consouling sounds for their upcoming self titled album. Check out the video for “Spiraal”.

The Lousiana heaviness WOORMS released a new single. Check out “find a meal, find a bed, find a god”.

A heavy garage rock album by Swiss rockers The Shattered Mind Machine. Six tracks filled with great garageriffs, swirling energy and a feeling you want to destroy something and finding it immensly fun while doing it. A great fuzzrock album that is dying to get in your ears.

I have said it before, Elefant is weird, loud and truly original. As a fan from the eccentric Belgian band it makes me glad there is going to be a new album. The thing is called ‘Konark Und Bonark’ and we get the first first track ‘Wie Scharf Ist Dein Messer?’. Outlandish beebs and heavy riffs while a computer voice to finish, did i say weird? Yes, and fucking great. Out on 9000 Records-consouling (who just announced great news and music from Future Old People Are Wizards).

Today is the day that Hotel Wrecking City Traders release “Passage To Agartha” through Cardinal Fuzz.

You will need to buy this Thunderous Godly riffed Beast now!

“The other side” is the first track for the streetdoom band R.I.P wich will release releases October 13, 2017  through  riding easy records. 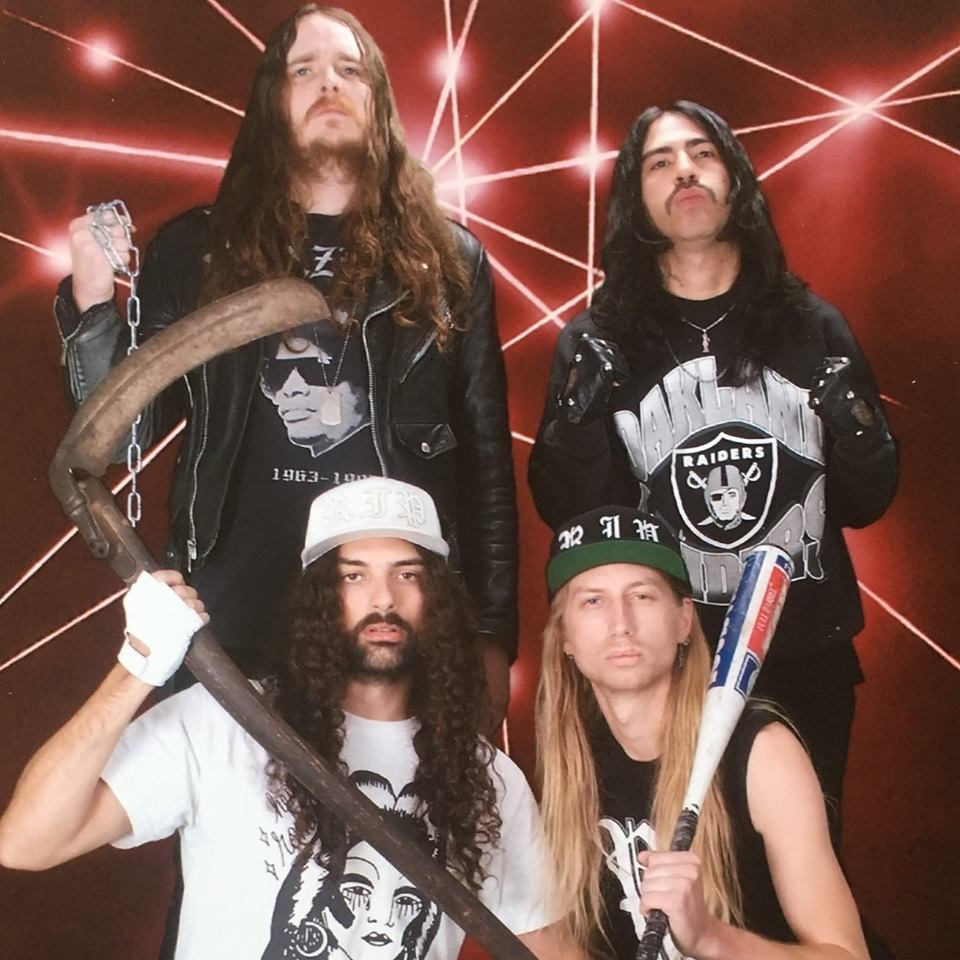 Great Rift is an Austrian blues/psych rock band. They released VoodooWoodland July 1st. Hazy riffs with a good voice that will give you a nostalgic feeling back to 70’s blues/psych. Carefully crafted and a real good sound make Great Rift a must listen. Enjoy

Ever wonder how pink floyd would sound a little bit heavier? well, you can now. The Sword guitarist Kyle Shutt from the sword covers the album completely.

Listen to how Doom Side of The Moon covers Money:

The track Auto-Icon Last Raze by Skin Of the Earth is an instrumental song, the doom track has some heavy riffs while rabit and docile by Nostromo is fuzzy as hell. Listen to this!

The track is as Doom as Doom can be. Listen to Snakes Vs Rats.