I have been following the Californian band Aunt Cynthia’s Cabin for a while now. The have been making excellent desert garage and psychedelia since their existence. They released a 7″ singel in 2017 with the excellent cover of Neil Diamond on it. A debut album “Cabin Fever” in 2018 and their latest “Mud Room #13” last year. It is quite clear Aunt Cynthia’s Cabin will keep on producing awesome psych because they are already back with a new album called “Misty Woman”. On this album you can hear fuzzy psychedelia, catchy melodies,  raging solos, some Black Sabbath influences here and there. Aunt Cynthia’s Cabin are masters at creating a trippy atmosphere with their heavy psych. “Misty Woman” is again a great piece of music with “Kennel and the Dog” as my favourite track. Tune in now.

Okay, this band ends up in every list i write and for good reason. Aunt Cynthia’s Cabin is a Californian psychedelic rock band with some absolutely great releases. Pretty incredible is they recorded the albums all by themselves.

Now at the end of August they will go to Austin to record their new album with Grammy Award-winning producer/engineer/songwriter Adrian Quesada at his studio in Austin.

As all of you know this stuff costs shitloads of moneys so that is where you people come in handy. FUND THE NEW ALBUM OF AUNT CYNTHIA’S CABIN.

Read the the Kickstarter campain now and help them out a bit!

Tune in for some awesome garagepsych by Aunt Cynthia’s Cabin.

Check them out now and for more go to Fuzzy Sun’s List. 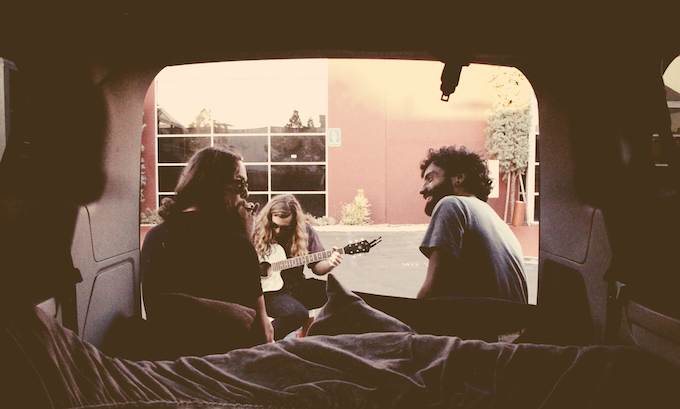 The California band Aunt Cynthia’s Cabin got my attention with a cover of Neil Diamond. The track “Solitary Man” was released on a 7″ in February 2018.  Soon after they released their first album “Cabin Fever” in August.

The band has this hazy desert psych sound with hypnotic vocals and otherwordly guitar work.

The new album brings us a band that has perfected their sound and brings their very own style. “Mood Room #13” is a gorgeous album and with this new release their future will be bright.

Check them out now and for more go to Fuzzy Sun’s List.