This month got some absolute new banger, I am exceptionally happy with the new Alexis Marshall track and the announcement of the collab between the body and Big Brave. Soem really great stuff in here, ranging from almost metal to destructive noiserock and some really fine psychedelia too. Check out what June had to offer.

A new Part Chimp is going to make this year better, vaccin and stuff are all great but what we need is this new Part Chimp. On June 4 they will release the new album ‘Drool’ on Wrong Speed Records. The band already released the track ‘Back From The Dead’ and it is magnificent and now they shared the vid for the second track with the same name as the album. Quite sure this is going to be frikkin amazing. Be cool and pre-order the vinyl.

Pretty big Part Chimp fan over here, really love their heavy noiserock stuff and riffs and today I learned their is an offshoot from Part Chimp called Die Munchen Machine and they just release ‘Die Munch Machine’ and guess what, it is really awesome synth driven spacerock. The tracks are recorded in various locations over various years with various equipment. Some really munchy stuff in there. take your time and trip out.

2021 for music seems to go amazing, I barely can’t keep up with all the awesome releases, new bands, old bands and stuff like that. And now, kabam, a new Part Chimp, frikkin amazing. On June 4 they will release the new album ‘Drool’ on Wrong Speed Records. The band already released the new track wich is called ‘Back From The Dead’ and it is magnificent. By hearing this first track i already know I will have to preorder this album. Gorgeous riffs and some epic guitar work. Are they going to release the best Part Chimp album yet?

“Type II” is out on Rocket Recordings! The album by Sex Swing (members an contributers from Mugstar, Bonnacons of a Doom, Part Chimp, Dethscalator, Earth, Dead Neanderthalls and Idles and who the hell knows who else) is released and is a ominous feast. The music Sex Swing makes is something in the psych/noise/postpunk spectrum but it is pretty bleak, their is an unnerving atmopshere throughout the whole album. The thing that does it most for me is the sax in the music, the music is already very layered  but with the addition of Colin Webster’s sax the music is downright scary. This album has a lot of dimensions and is one of those albums you need to listen to a couple of times to hear how good it actually is, all these different artist have put their signature wich makes it extremely original and a true feast to listen too.

It is time for the third Sex Swing track before the release of their album “Type II” on May 15 on Rocket Recordings. Over the years they had members from Mugstar, Bonnacons of a Doom, Part Chimp, Dethscalator, Earth, Dead Neanderthalls and Idles and I don’t know who else. Their first track was called “Valentine’s Day At The Gym”, the second “The Passover” and now their released their third track “Skimmington Ride”. The band continues on the track of fuzzed out and noisy experimental psychedelia. This occult sounding track has something of an eerie hypnotic vibe to it, their music is quite addictive and, honestly, gives me a bit of the creeps.

This is the second Sex Swing track from their upcoming album “Type II”. Over the years they had members from Mugstar, Bonnacons of a Doom, Part Chimp, Dethscalator, Earth, Dead Neanderthalls and Idles and I don’t know who else. Their first track was called “Valentine’s Day At The Gym” and now their released their secodn track “Passover”. The band continues on the track of fuzzed out and noisy experimental psychedelia. These two tracks are very phnotic and promise much good for the full album wich will be released May 15. Accompanied with tasty video. 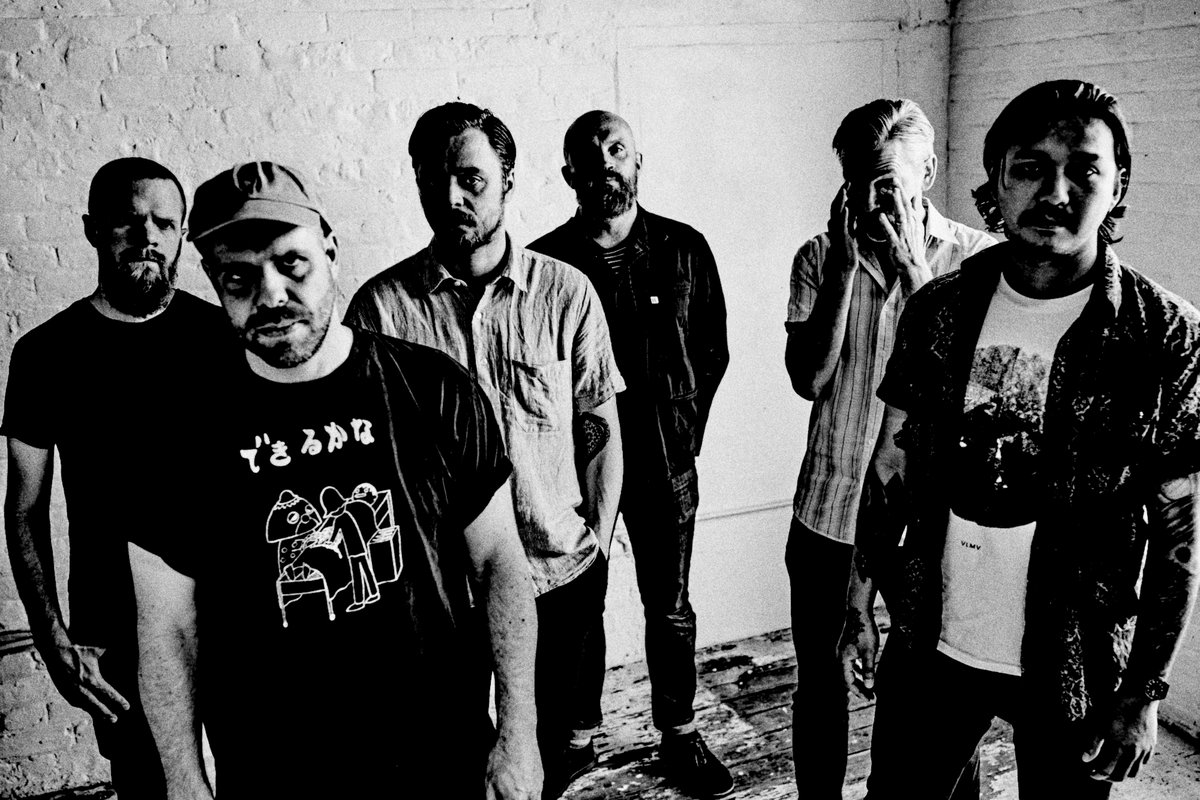 Funny, but for some strange reason my previous post of Sex Swing’s self titled album in 2016 got me the most views. It is like a crapload of people where explicitly searching for this band on google.

In 2017 the band released a 7″ split with Clinic too. The music that Sex Swing makes is kinda perfect for me, they mix fuzzed out psychedelia ,noiserock and postpunk and experiment with these genres. Over the years they had members from Mugstar, Bonnacons of a Doom, Part Chimp, Dethscalator, Earth, Dead Neanderthalls and Idles and I don’t know who else is in this band, Jesus maybe?

Now it is time for new music, they shared the first new track “Valentine’s Day At The Gym” from their upcoming album “Type II” wich will be released  May 12 on Rocket Recordings!

Is this going to be one of the best noises of the year? quite possible, the first track is hypnotic krautnoise at its best. Tune in for this spectaculair piece of music now.

You can expect a ton of heavy distorted noise, crushing riffs and overall awesomeness.

This is a band that nows what they are doing, and they are doing it with perfection. Do you want to be crushed and hit in the face by a wall of sound, then this is what you need.

Listen to this. this is just great. noisy band Part Chimp will release Iv April 14.